Skip to content
Home / Stories / Be Not Afraid: An Opportunity for Discernment

Be Not Afraid: An Opportunity for Discernment 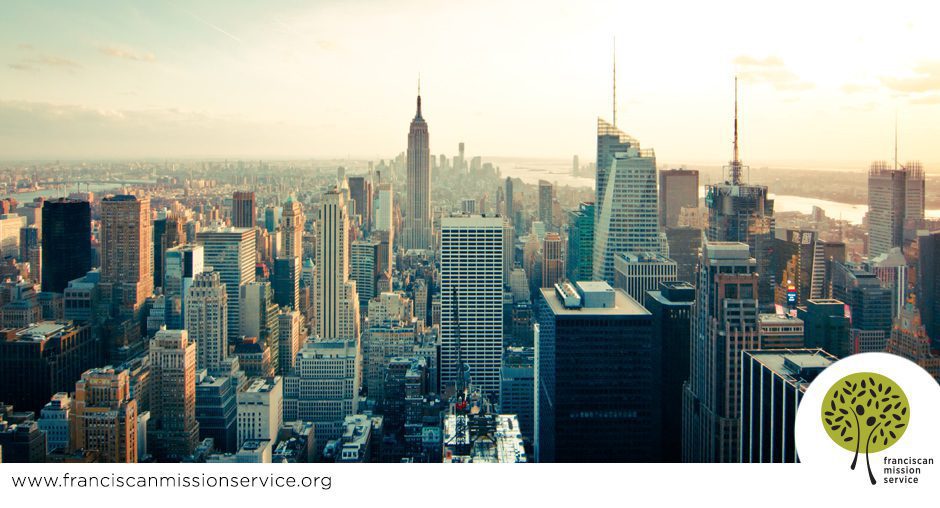 Editor’s Note: Interim executive director Meghan Meros reflects on the Baltimore city rioting, and how the initial reaction of fear can lead to an opportunity for greater discernment and love.

In the spring of 2015, on a long drive from North Carolina to my apartment in Baltimore, my phone lit up with multiple texts and voicemails from friends and family, including some that I didn’t usually hear from. Strangely, everybody was concerned for my wellbeing, and I didn’t understand why. “Are you okay?” some asked. “Stay safe!” some counseled.

Perplexed, I called a friend who revealed what many people across the country already knew: rioting and looting had broken out in Baltimore in response to Freddie Gray’s death.

With night falling and the exhaustion of hours on the road beginning to weigh heavy, I pondered what to do. I wasn’t afraid of getting home safely, but I didn’t know what obstacles—roadblocks, protests, rioting, or police activity—might make it difficult or impossible to actually reach my apartment, which was less than a mile from the protests. And so I circumvented Baltimore and drove to my aunt and uncle’s house north of the city.

As my aunt and I watched the news, images of the mall that had been looted earlier in the day kept appearing on the screen, but unlike my friends and family in places as far away as Texas and California, I didn’t need NBC to tell me the name of the mall. I shopped there; the Target attached to the mall is where I got my toilet paper, my cleaning supplies, and all the mundane things that entitled me to call that Target “my Target.” It was a part of my life, and suddenly, it was on national news.

As I reflected out loud on the strangeness of watching familiar scenes on TV, the situation got stranger when my aunt asked, “You shop there?” I was reminded, then, that “my Target” represented more than a place to stock up on household supplies; it was a place where white people expected other white people not to go, and my going there prompted a certain concern among some which I did not share.

The thing is, I am not blind. I know how quickly the landscape in Baltimore city can change from one block to another. Historic, well-preserved row homes with manicured gardens situated on blocks with coffee shops give way to historic, condemned row homes surrounded by trash­—these on blocks with corner stores whose neon lights let customers know they accept food stamps. I also know that people consider certain parts of the city, including the mall that houses “my Target,” to be “sketchy,” and that “sketchy” is often a euphemism to describe differences that make people uncomfortable.

What I didn’t want to tell my aunt on the night of the riots—because I didn’t want to add fuel to the fires of concern—is that sometimes I get uncomfortable, too. What I see through my car window or while walking through the city sometimes even triggers a sense of fear. And yet, I know that God calls me not to cling to knee-jerk reactions as if they were truth.

Reflection Question: how has a moment of fear led you to question your own assumptions in a deeper spirit of discernment and openness?

Posted On: December 18, 2016/Archive, Mission and Service, Peace and Justice

baltimore, Be Not Afraid, Advent 2016