Skip to content
Home / Stories / Jamaica: History and Future of a Paradise Island

Jamaica: History and Future of a Paradise Island 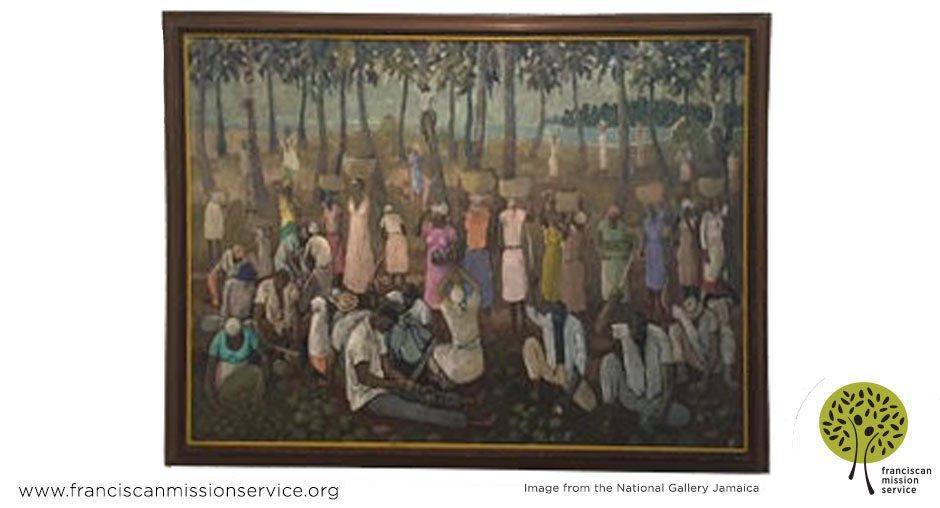 Editor’s note: Missioner Cindy Mizes reflects on Jamaica’s history and the invitation to solidarity and mercy. I recently had the opportunity to visit the National Museum Jamaica, which opened my eyes to Jamaica’s past struggles. As began to I explored Jamaica’s history, I learned about the early Spanish colonization and merciless treatment of the Tainos (Jamaica’s first inhabitants), the British rule and enslavement of Africans as force labor on sugarcane plantations, emancipation and finally full independence from Britain sovereignty. I became enmeshed in the sufferings, tribulations and conquests of Jamaica’s early inhabitants and its contemporary heroes. This understanding provides me context and adds relevance to my mission work here in Jamaica but more importantly helps me to create a genuine kinship with my Jamaican brothers and sisters. I will never be able to fully understand Jamaica’s history or its people, but I have a better appreciation and respect for a land that has survived many hardships and a people who have a history of oppression but who continue to rise and survive day to day.

Looking into Jamaica’s history prompted me to look deep into my own past and open wounds. What I discovered was quite a revelation. I realize now that I was confined by my own attitudes of pride, prejudice, betrayal and resentment towards others. Rather than focusing on other’s needs and feelings, much of my focus was on own my own feelings and desires from a selfish and materialistic perspective. Before I could be released from my self-confinement, I had to first totally surrender my will to that of God’s.

After surviving my own confinement and unhealed wounds, I began to realize the amazing healing of God’s mercy and how forgiveness can open the gates where freedom calls and paradise waits. I also began to ponder ways I may unknowingly be contributing to the oppression or suffering of others by living a lavish or carefree lifestyle, bowing to consumerism, internalizing negative emotions and prejudices, and failing to speak out against injustices towards my brothers and sisters.

As a missioner on this beautiful island, I am constantly reminded of what the Garden of Eden must have looked like. But as with any earthly paradise, good and evil exist together and are in constant warfare. Unfortunately the suffering of others is too often a consequence of evil over good. I now know that before I can begin to help conquer the effects of evil around me, I must first conquer the negative effects and influences that invade my life.

By surrendering all I have to God and wearing his armor of truth, faith and justice, I can begin to help my fellow brothers and sisters by going to the margins where hurt runs deep and hope is often lost. It is there where together in solidarity we can open the gates to freedom from the pain and sadness and oppression and rejoice in God’s love and mercy.

My prayer is that the remainder of my time on this paradise island is spent following God’s Word, fulfilling his plan for me, and loving my Jamaican brothers and sisters with all my heart.

Reflection question: How can you become more present to the dignity of people who may have experienced oppression in your community?