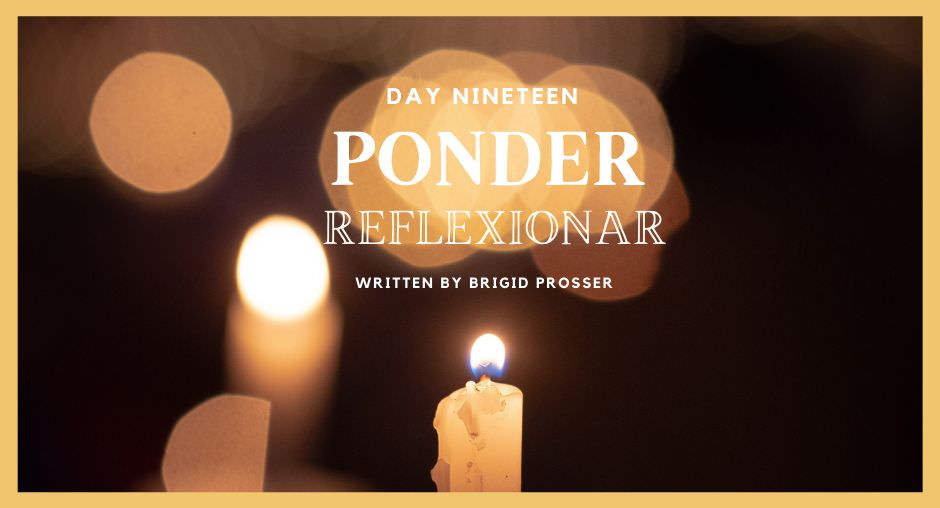 Editor’s Note: On this nineteenth day of our Advent blog series “Hidden Joys,” Brigid Prosser, director of Catholic Charities Volunteer Medical Clinic, shares a poem she wrote that ponders the incarnation of Christ.

Let us celebrate this season By contemplating the Incarnation

The mystery of God’s humility

In His unfolding of salvation.

The Messiah had been awaited

Expected with scepter and crown

But the meek and humble Savior

Came to turn the world upside down.

The Creator relied on His creature

To consent to His saving plan

Without the young girl’s fiat

And so the Word became flesh

And the Word in silence grew

The Light of the World increased in darkness

So hidden, almost no one knew.

The virgin gave birth to a Son

Of Whom God was the Father

And He who feeds the world with Himself

Took His nourishment from His mother.

He took on our human nature

The Strength of God became weak

And the Word of God couldn’t speak.

Who would have thought more of Him

A poor and helpless child

Born in a cave amidst cattle

And in rags His cold body swaddled.

Yet this was the Divine Messiah

Administered by the angels on high

He was God’s only begotten Son

So hold these things in your heart

And constantly the flame renew

That you become a living incarnation

This is my Christmas prayer for you.

Brigid Prosser is a bilingual Family Nurse Practitioner with a passion for providing for the unmet medical needs of the poor in a variety of communities including Honduras, Ecuador, Appalachia, and our nation’s capital with experience in education, public health, primary care, and emergency care as well as multiple leadership roles. She is currently the director of the Catholic Charities Volunteer Medical Clinic.
Posted On: December 16, 2021/Advent