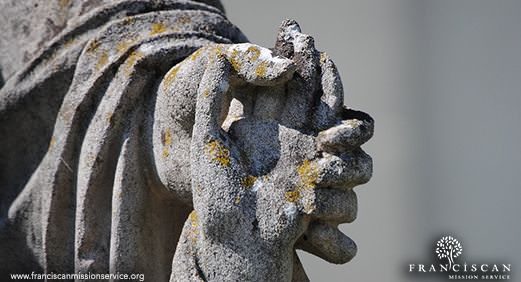 Editor’s Note: In light of Father’s Day, missioner Patrick Montine reflects on the role of father figures and how he’s seen them represented in Jamaica.

Last weekend I was able to witness the baptism of several little babies out at Saint Mark’s in Grange Hill, Jamaica. There were about seven or eight babies that got baptized; it was a crying affair of little babies. We brought some of the older kids we work with to try to get them to focus on the importance of baptisms. One thing I noticed was that there were only two fathers at the Baptism. The rest were just the mothers or sometimes the grandmothers.

It is sadly a common thing in Jamaica that the father is not involved in the lives of his children. The family life in Jamaica is very different than what I am used to.

A lot of men have lots of kids with different women and don’t really play a major emotional or personal role in their kids’ lives. They usually provide support, but that is about it. There are some unusual cases where the men have sole custody of the children.

One of the main effects that we have seen is that children lack socially acceptable behaviors. The children hit each other, don’t work well with each other, and don’t express their feelings through their words. These are just some examples of the effect of unstable family lives on the children in Jamaica. Overall, most of the Jamaicans we interact with are from dysfunctional families.

It is a sad fact in Jamaica that most children have no positive male role model in their lives. My fellow missioner Brandon and I have taken on that role for many kids here. The kids just need someone to talk to, listen to them, and be happy to see them. So, the Kings Valley kids have become our very excitable children.

As we continue our time down here, we will continue to help and try to be role models for the kids. In light of Father’s Day, please thank your father, stepfather, or other father figure for being a part of your life and being supportive in your life.

Reflection Questions: Who do you consider the role models in your life? How can you be there for others who may not have anyone?