Editor’s note: Lay Missioner, Joleen Johnson, pauses to reflect on the many lessons she’s learned in Formation. To keep her main takeaways simple, she acts with intention, allowing the thought “What would Saint Francis do?” to translate into every facet of her life.

Four weeks ago I arrived at the Casa San Salvador to begin, what is among other things, the greatest adventure of my life so far. Considering that the facilitator of this adventure is Franciscan Mission Service, it seemed imperative to learn who the Franciscans are. Perhaps in the simplest terms, Franciscans are men and women dedicated to following in the footsteps of St. Francis of Assisi. Who, then, is St. Francis? And most importantly for this blog post, how can we act in the most Saint Francis-like ways?

Since the beginning of our time of Formation, we have learned a lot about this St. Francis man who would have celebrated his 839th birthday this year. Similar to the classic qualifier, W.W.J.D (What Would Jesus Do?), a term has arisen in the Casa with what started as a sort of light hearted joking: “What Would Saint Francis Do?” or, “W.W.S.F.D” for short. Many times I have internally asked myself this question when I am faced with a choice to make, hoping to be informed by what I’ve learned about Francis and his demeanor toward others and creation. I’d now like to share a few examples with you. When a bug lands on my arm, W.W.S.F.D– what would Saint Francis do?

As the man who is so often associated with having animals all around him, would St. Francis slap an insect away or kill it or start talking to it? Would he even use bug spray?

When there are extra food scraps, W.W.S.F.D? The banana peels, the egg shells, the potato skins, the food that we don’t eat- the compostables. Would the exemplifier of care for creation be up for composting? What would St. Francis think of the notion that what we discard–the remnants from what has been grown and given to us, which can no longer nourish us–can nourish the earth to produce more food and fertile soil?

When I see a person on the street corner or intersection with a cardboard sign, or a person residing in front of a structure that resembles a tent, or a person bearing the weight of many bags and backpacks, W.W.S.F.D?

What would the man, who kissed a Leper’s hand around 1200AD, after much transformation and reflection, do when he saw such a fellow brother or sister? Would he make eye contact? Would he give money? Would he look the other way or pass on the other side of the street? Would he sit down and chat for a while? As we learn more about this saint, may we come to imitate the ways that he led such an impactful life. May our frequent pondering of “What Would Saint Francis Do?” lead us ever closer to Francis’s main inspiration, Jesus. And may our W.W.J.D. form and shape the heart of this great adventure that each of us are embarking upon today. 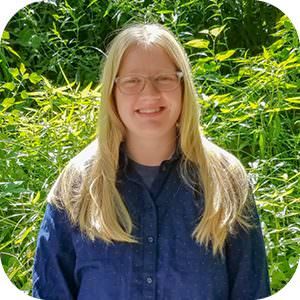 Joleen discovered her passion for overseas service during her first mission trip in 2012 to Guatemala. Since then she has served in Haiti and studied abroad in India, teaching English in an elementary school, after which she began to feel the call to longer term overseas service. Joleen is excited to see what God will teach her through FMS, and looks forward to living out His call for her. She is inspired by FMS’s humble and relational approach to ministry.